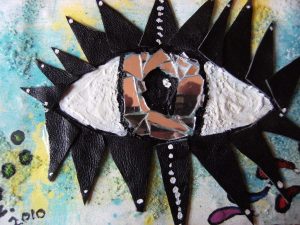 A while ago I did some research on osteoporosis for a cartoon strip that I used to do and realized it’s really quite scary stuff. Sneaky too!

Like you don’t have any idea your bones are slowly getting less dense until you break something. Usually your wrist, spine or a hip. Kadoef! That’s when you find out your very structure is beginning to crumble.

Or less dense bones to be more medically correct.

Seems like it affects one in two women and only one in eight men. This is mainly because men have higher bone density than women do.

And how does one get this dreaded lurgy? Simple really – don’t eat properly.

Lack of calcium pretty much does the job. Lack of vitamin D too – although it would appear that the vitamin D is needed to help with the absorption of calcium from the intestines. Most things work hand in hand – you need the one for the other to kick in properly. Or out.

Normally – your body removes old bone and replaces it with new. Osteoporosis occurs when this process becomes imbalanced. The bone is resorbed more quickly than it is replaced and so bones weaken and can break.

There’s more… you don’t only need calcium for healthy bones – you need it for normal heart, muscle and bone function. So here’s the cruncher – if your body picks up that your levels are low – too low to function one hundred percent properly – it simply makes a plan. It releases special hormones, including parathyroid hormones, which help break down or resorb bone tissue to release calcium into the blood.

And yay – your body can continue to function normally. But duh – to the detriment of your very own bones!

Hang on a sec… still have a few years to go before you hit the big five oh – so really don’t have to worry about all this ridiculous stuff. Right? Wrong. By 50 it’s probably too late.

Specially if you smoke. That makes it worse… like really really worse.

Check out the facts – peak bone density is reached at around the age of 25. If all goes well, said bones stay strong and healthy for about ten years after that. Then at about 35 they start losing around 0.3% – 0.5% of their bone density per year – just part of the normal old aging process.

No biggie right. Happens to everybody.

But… if you smoke – as in a pack a day throughout your adult life (not to mention those weaselly kids who start puffing at the age of 12) this can lead to a whopping loss of between 5% and 10% bone mass. Considerably accelerates the decline of the normal bone density process. Throw in some decreased estrogen levels (which smoking also aids and abets) and wham bam – you don’t have half the skeleton mass that you thought you did.

But am slim, trim and healthy, you console yourself. That’s got to count for something. Baaaaaaaa – wrong again! Makes it even worse. Especially if you weigh less than you should for your height. Slightly built people run an even higher risk of osteoporosis.

Plus they tell you that drinking alcohol and coffee also increases the risk – but was rather relieved to note this has not actually been proven. Boils down to a case of all things in moderation – no going over board. Drinking too much alcohol or getting through life on copious quantities of coffee is bad for other things apart from your bones anyway.

Turns out that once you have got osteoporosis – you can’t completely cure it – so it’s much better to prevent it in the first place.

Most of the articles I read suggested that to avoid osteoporosis you should consume x amount of calcium daily.

This depends on your age. And no – this does not mean you can pig out on rich creamy stuff – the low fat and fat free type of milk, yogurt and cheese apparently contain more calcium. Don’t forget the vitamin D and while you’re about it plenty of muscle strengthening exercise is recommended as well. 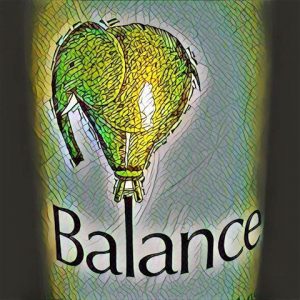 Ah hah, thought I, with a small pang… one can build up bones and make them stronger by exercising. Walking is good. But what really cracked me up, pardon the pun, is that all the exercise really does – apart from building muscle tone and making you feel better – is gives you better balance which then reduces the risk of falling and breaking stuff.

It does not actually bring about any substantial increase in bone density.

Amongst this doom and gloom, was quite delighted to see that along with fortified milk, cheese, butter, margarine, cereal and fatty fish, natural sunlight is a form of vitamin D. So next time I’m catching some rays and my lovely husband yells at me to stop frying myself – can tell him I’m legally topping up my vitamin D levels.

All this trouble and in the end you might get hit by a bus. Well – think about it this way – at least if you’ve got strong healthy bones – you’d give that bus a run for its money!

Read my blog (which is also a weekly column in the  African Reporter). It covers a multitude of different topics – from bullying, saving, reading, making cool stuff, science experiments and loads of interesting stuff to wow your friends with.

All titles in the Sibo Series are printed with soy inks, on chlorine free, environmentally friendly paper from sustainable forestry programmes. 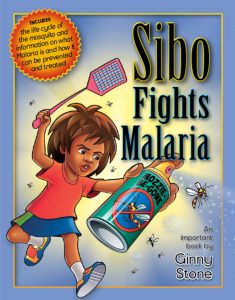 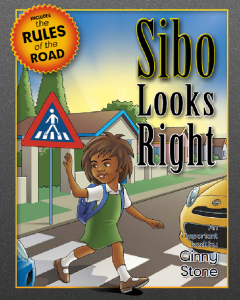